Written By:
Bradley Williams
/
Last Updated:
January 22, 2020
Travel stories
Though there's not an incredible amount to see, you can still fill a few hours with these top 5 things to do in Mullaitivu. Just don't expect too much! 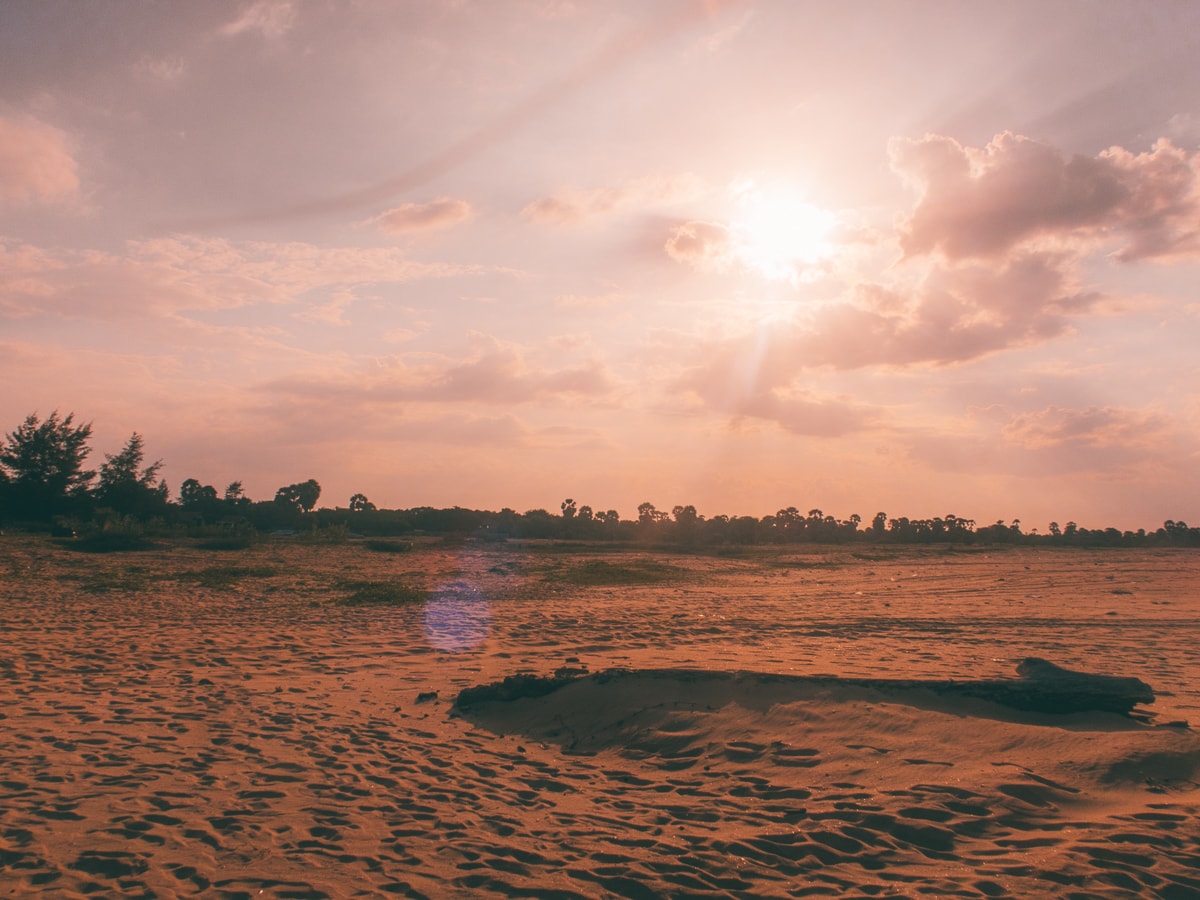 As a part of our awesome 4 week journey around Sri Lanka, we decided to stop off in the northern town of Mullaitivu.

Though it’s not a typical stop on the backpacker's route around Sri Lanka, we were still drawn to it.

Mostly because it served such an important role during the Sri Lankan civil war (1983-2009).

As such, most of the best things to do in Mullaitivu revolve around this dark part of Sri Lanka’s history.

So before getting into the top things to do there, I will give you a quick overview of what happened during this civil war and why it took place.

What was the Sri Lankan civil war all about?

OK, so Sri Lanka is made up of at least 7 ethnic groups. WIth the main two being Sinhalese and Tamil.

Sinhalese account for roughly 75% of the population and live predominantly in the South and Eastern part of the country.

The Tamils account for between 11 and 12% and live in the North and North Eastern parts of the country.

Due to the overwhelmingly large population of Sinhalese, a number of policies soon came into place in the 1900s (after the British rulers left) which made the Tamil population feel isolated and abused.

Such as a policy brought in around 1970 which ultimately made it harder for Tamils to gain entrance to university due to them needing higher scores on exams.

This policy was never designed to have such an outcome, however, it’s just one example of an initiative that led to the Tamils feeling like second-rate citizens who were not properly represented in the country.

This is a rather dumbed down recount of what occurred. But ultimately, there was a huge political divide between Tamils and Sinhalese which eventually led to the formation of LTTE (Liberation Tigers of Tamil Eelam).

This group wanted to create an independent state in the north and eastern parts of Sri Lanka that could be ruled as a Tamil state.

It was founded in 1976. 7 years later, the war began between this group and the Sri Lankan army, a war that would last for 26 gruelling years.

Throughout the course of the war, each side committed a number of horrifying atrocities which ultimately led to the deaths of tens of thousands of ordinary civilians.

For example, in the final days of the conflict, the Tamil army went around and forced every family to surrender at least one male family member to the army.

In some cases, the Tamil forces even used civilians as human shields.

Ultimately, the war came to an end in 2009 after a massive government offensive in Mullaitivu by both land and sea.

In such a short explanation, it is impossible for me to do justice to what actually occurred in the country during this bloody period.

There is no known figure of exactly how many people died during the conflict. Many believe it to be at least 100,000. Other estimates exceed 200,000.

As such, almost all families in the North Eastern part of Sri Lanka would have been affected in some way by the conflict.
To find out more about what really went down, I recommend reading the following articles before visiting Mullaitivu.

The top things to do in Mullaitivu

To be clear straight away, there’s not a tremendous amount to do in Mullaitivu. Especially when you compare it to areas like Ella and Nuwara Eliya.

But don’t worry, we did some digging and drove all over the area so found some top things to fill at least a few hours. So, let’s get started …

Notice how I’ve said “Museum”? Well, that’s crucial. Seeing as the War Museum is not actually a museum!

Below I’ve included a picture of what to expect. Aside from some images plastered on the wall, there is literally nothing to see.

There are no explanations of what the images show and offer no insight into the conflict that occurred there.

Instead, the best thing to see here is the large monument next to the so-called museum.

It’s called the Monument of Victory.

No doubts this monument alone has caused further resentment amongst Tamil groups as the government have arguably not done enough to help rebuild this region.

Instead, they build a large, glamorous monument in the heart of the area once held by Tamil forces, proclaiming how they beat them.

In my view, not the best way to help build peace and prosperity. Just saying ...

In December 2006, the LTTE hijacked a government ship and then shipwrecked it just off the beach in Mullivaikkal.

Once there it was used as target practice by troops.

You can still see it there today. You just drive up a sandy/dirt track from the main road the whole way up to the beach.

From there, you can park up and walk down to it.

There are signs warning you not to swim in the water as there’s loads of dangerous, sharp metal all over the seabed.

During the war, LTTE commanders commissioned the construction of a number of submarines.

Some say these were then going to be used to launch missiles at major coastal cities, such as Colombo.

Well, as far as I know, they never got that far. Instead, you can visit the old naval station where they were building their submarines.

At the point marked on the map below, you will find one larger submarine (half-built and falling apart), as well as numerous smaller submarines.

From the people we spoke to there (other Sri Lankan tourists) we discovered that these were models built, upon which larger submarines could then be designed.

They are actually very fascinating, curious little ships and well worth checking out.

To get to this yard, you have to drive up another dirt/sand road that looks abandoned and is filled with potholes. Halfway up you’ll find a guard at a gate. He will let you through, you just need to say you're there to see the submarines.

At the end of your day, you should head back into Mullaitivu and watch the fishermen bringing in the catch.

Ask your hostel/hotel owner what time this is. For us, we arrived at around 5:30 and it lasted for about half an hour.

It’s quite a sight to see, as 20 locals lowly pull in a huge net full of fish, which are then used to feed local families.

It’s a bit different to the sort of fishing you'd be used to and draws in huge crowds of local families to come and see the spectacle.

They do this every day, except Sundays.

Yep, you heard me. That’s about it!

We heard of a few other things to see, such as an old LTEE swimming pool and a fort.

However, it turns out both of these, and likely most other things, have been destroyed or aren’t open to the public.

Ultimately, if you find yourself this far north, then I recommend either stopping in on your way through or just relaxing on the beach.

Life up in Mullaitivu is slow, but the drive along the coast is rather lovely.

So take simple enjoyment in speaking to locals and relaxing by the sea.

The lady who ran our hotel was very friendly and told me more about the history of fishing in the area and also things about the war.

Getting to all of these Mullaitivu attractions

In order to see all of these things to do, it’s best to sort out your own form of transport. For us, we had our trusty tuk-tuk that we rented in Colombo.

Alternatively, you may be able to rent a scooter somewhere in town.

Or, speak to a local taxi/tuk-tuk driver who would probably be able to take you around, and I doubt it would be very expensive.

I’ve provided a screenshot below of all of the things to do. Be sure to download maps.me or offline Google Maps before you head out, and bookmark the places yourself.

Use 12GO asia for all your train and bus needs in Sri Lanka.

Where to eat in Mullaitivu

I thought it worth mentioning that there are very few places to eat in Mullaitivu.

The only place we were, in fact, told about was called City Restaurant.

It’s a small bar that serves food. Just head in and you’ll find a gated bar. They told us to sit upstairs and were very friendly.

Cazzy was the only girl there, as the entire bar was instead filled with local men relaxing after a hard days work (presumably fishing).

The difficulty in finding things to do in Mullaitivu

Beyond this, there really isn't that much more to do in Mullaitivu. And, if I’m honest, we were a little bit disappointed by our stay there.

I really thought they would have far more things to see and do with regards to the war. We were genuinely interested in learning more but were let down by what’s on offer.

However, I think it largely stems from how economically deprived the area still is.

Unemployment in Mullaitivu is very high and many families still rely heavily on aid. The Sri Lankan government also seems to have done very little to invest in tourism in the area.

Which is, in itself, sort of a self-fulfilling prophecy: If they don't spend any money on attracting tourists to the area, then tourists don't come and the area won't grow.

I imagine that in the next ten to twenty years this might all change. And I honestly hope it does.

Much like the rest of Sri Lanka, Mullaitivu offers some incredible coastlines and the people are extremely hospitable.

So if you visit the area in coming years, and happen to come across this post, then drop me a message below if you discover any more exciting things to do in Mullaitivu. 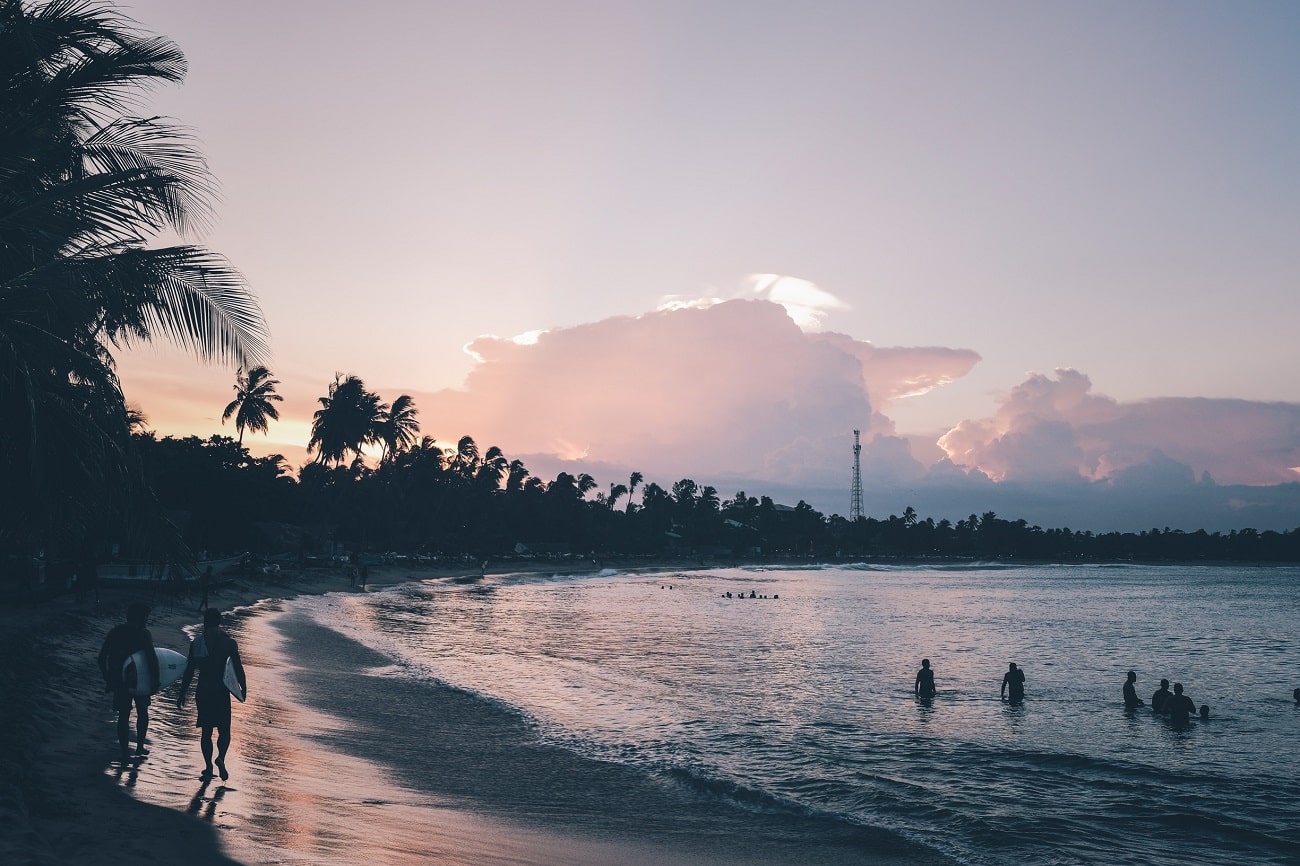 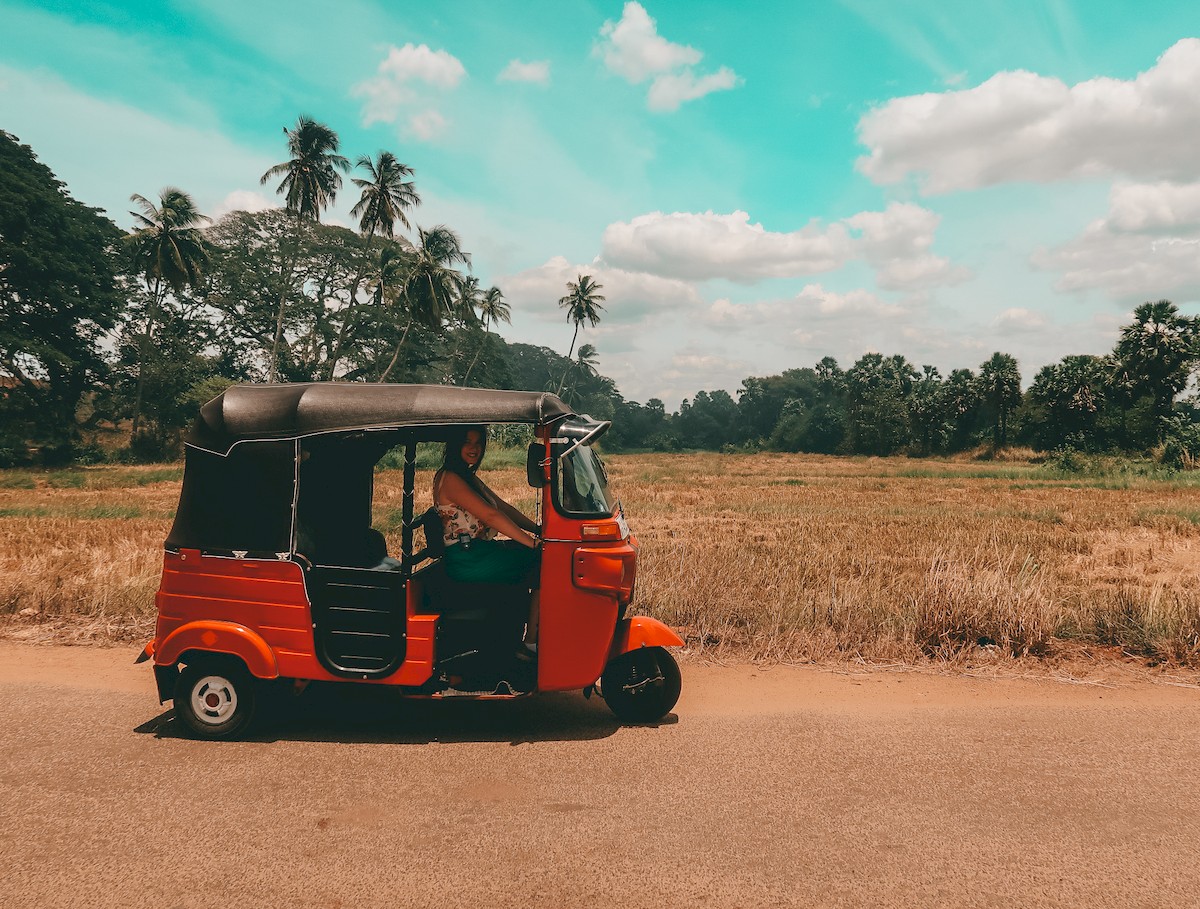 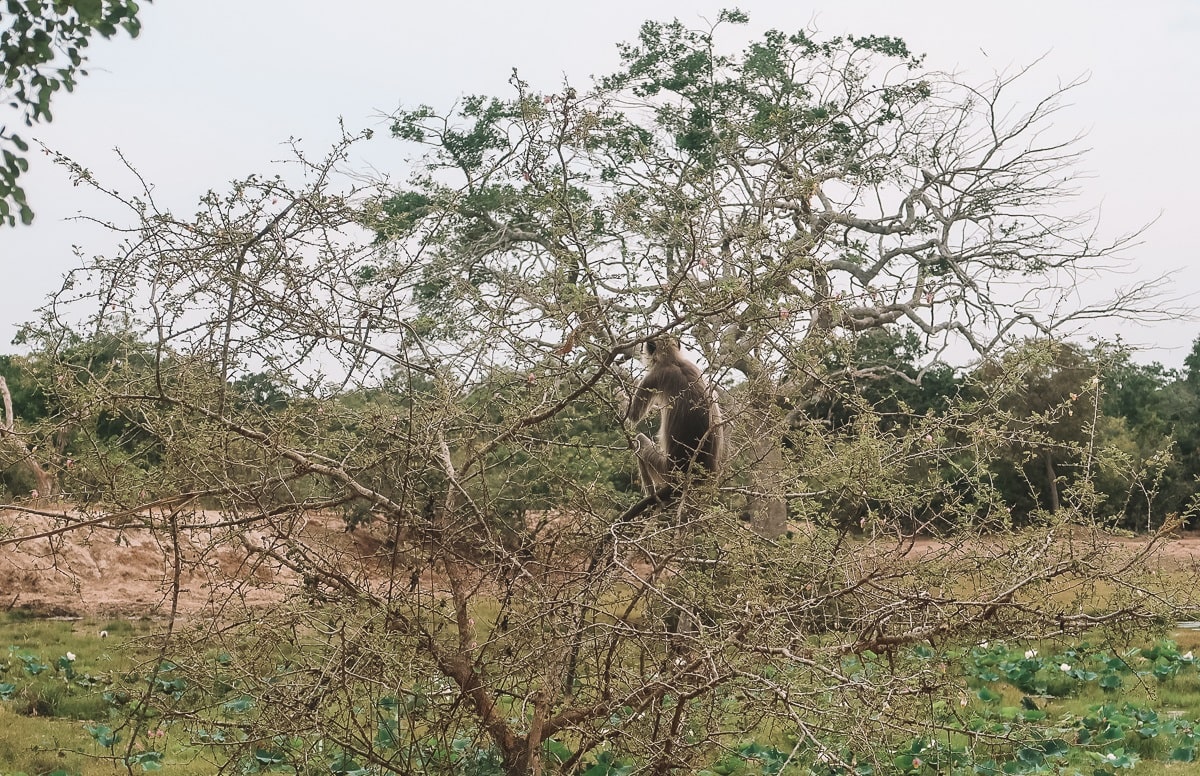 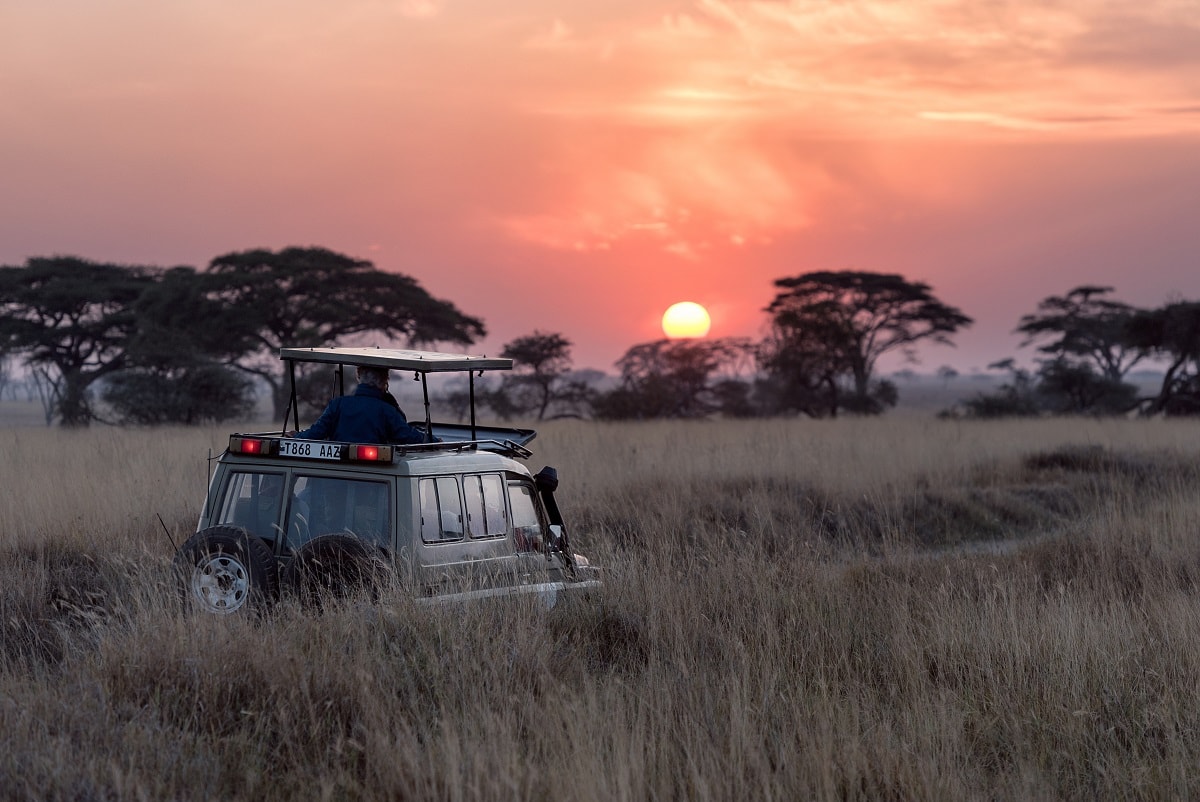 Our Complete Guide To Planning A Safari In Sri Lanka In 2020!
Travel stories 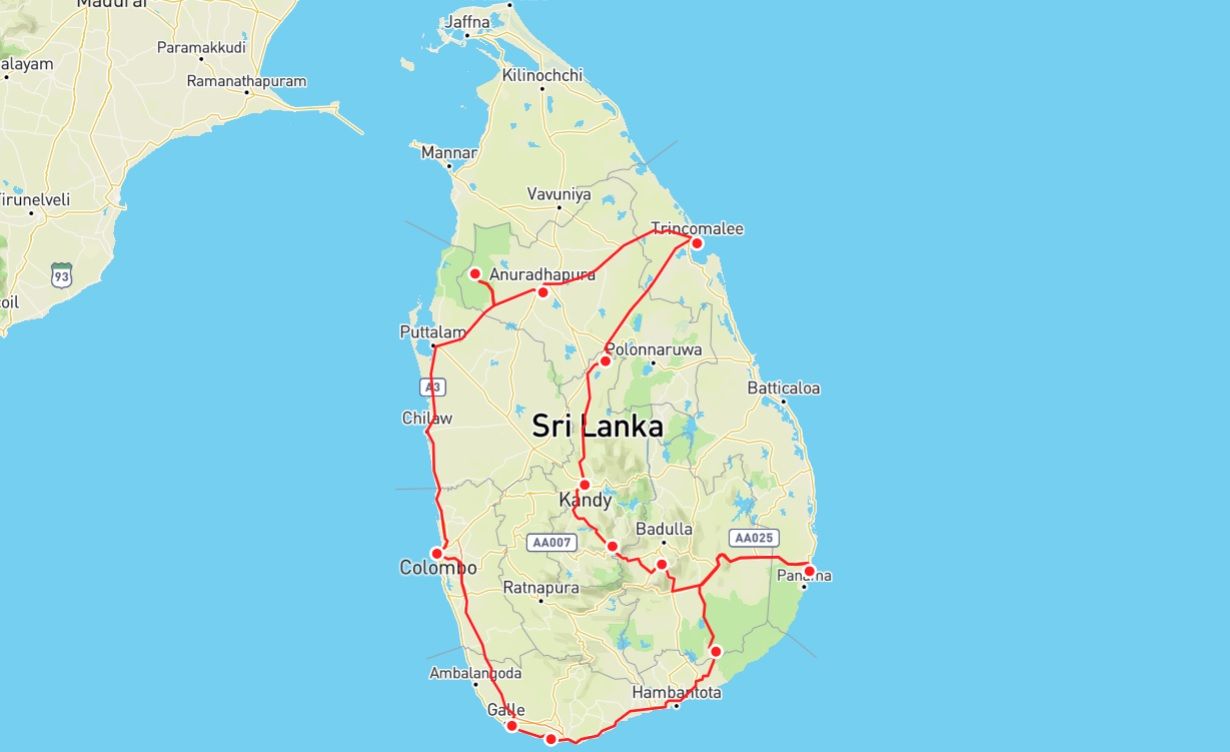 Our 3 week Sri Lanka Itinerary: The Best Places To Visit in 2020
Travel stories 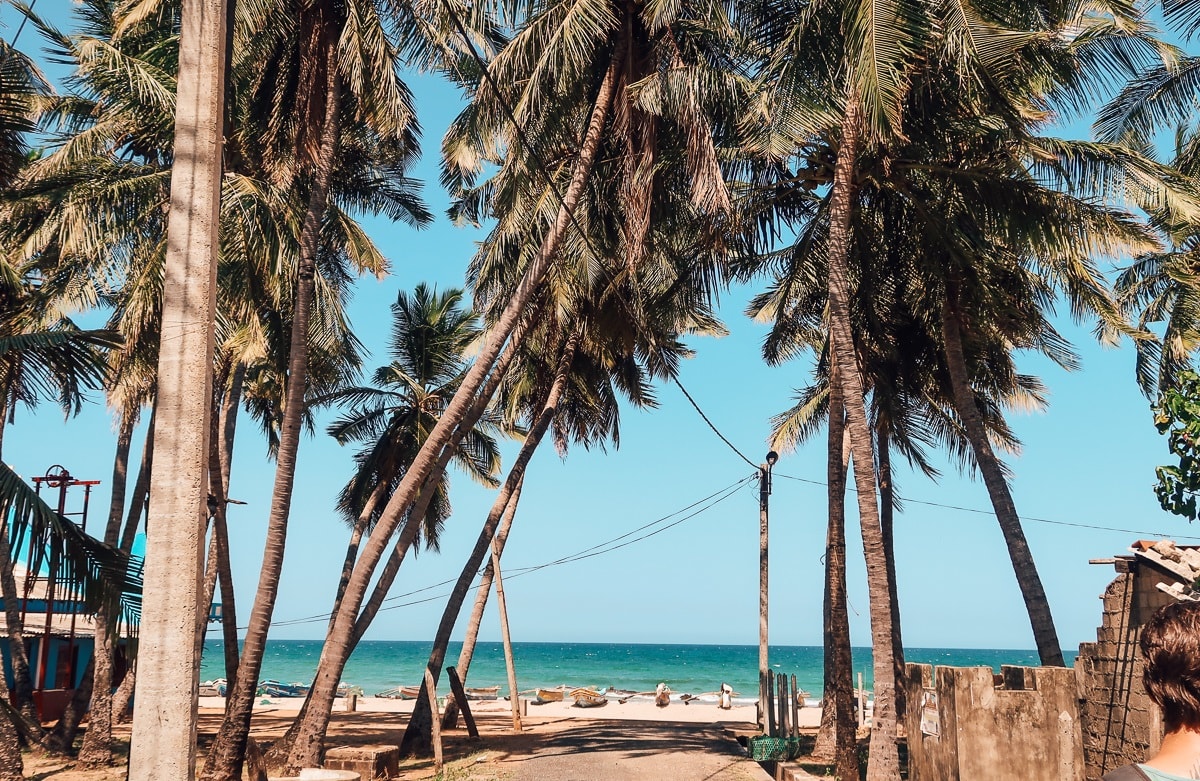 50 Amazing Things To Do In Sri Lanka!
View All Related Blog Posts→