13 Amazing Things To Do In Estonia

Written By:
Bradley Williams
/
Last Updated:
August 10, 2021
Easily one of the most underrated countries in Europe, there are literally dozens of incredible things to do in Estonia, with these 13 being my top picks! 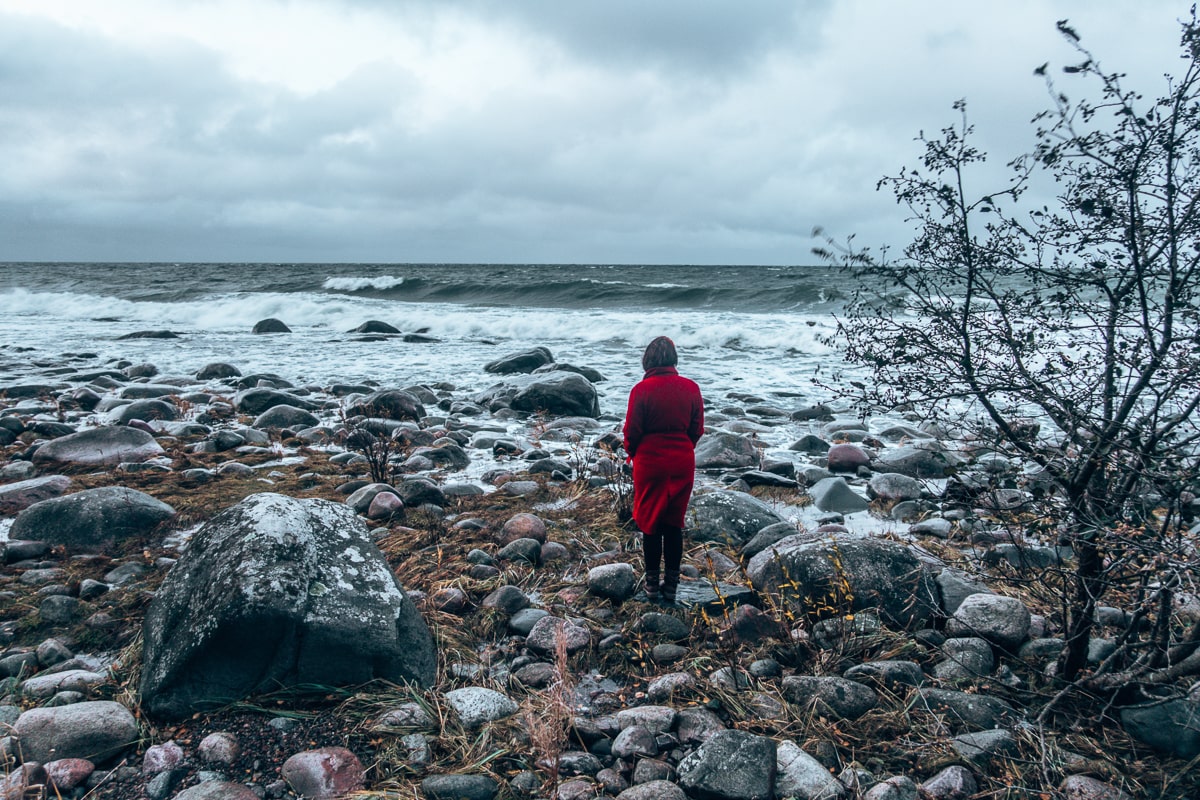 Estonia is a country that we knew almost nothing about before we visited.

We didn’t know what to expect, aside from the fact that it would be a key part of our Baltic road trip.

As it turns out, we absolutely loved Estonia!

Though it is relatively low on the tourism radar compared to other countries, I can easily see it becoming wildly popular in coming years.

There are tonnes of amazing places to visit and things to see in Estonia, not just in Tallinn.

It seems that most people flock solely to Tallinn, which truth be told, is a wonderful city.

However, we found that many of Estonia’s best attractions are located well outside of the capital.

We had a lot of fun road tripping from south to north of Estonia and here are what I believe to be 15 of the best things to do in Estonia if you plan on visiting this year … which you should be!

Psst!! ... Do you have travel insurance sorted?

Before traveling anywhere, make sure you have your travel insurance in place. We recommend SafetyWing.‍

It seems that Tallinn is by far the most popular place to visit in Estonia.

Unsurprising really when you can get really cheap flights here and it’s a reasonably affordable European capital.

But best of all, there really are quite a lot of things to do in Tallinn.

For me, one of the most enjoyable parts of our visit was taking time to roam the streets of the Old Town, taking in the medieval architecture and fascinating array of shops and restaurants.

It is a city with a lot of charm, where almost every corner is filled with something to see.

What I also liked was that it didn’t take hours to walk around, but instead, a tour of the Old Town need only take a couple hours, which is plenty of time to see most of it.

Some of my favourite places to visit in Tallinn included:

Perhaps the best thing about Estonia is it’s wonderful countryside.

It’s an incredibly flat country, just like Lithuania and Latvia, and it is covered in well-maintained, long straight roads.

What’s nice is that these aren’t big, multi-lane motorways filled with cars; but instead, the roads in Estonia were relatively empty and you are driving through national parks or open countryside almost all day.

By road tripping Estonia, you have complete freedom over where you go and how long you spend in each place.

And you also get the chance to create unique memories by stopping at smaller places that aren’t on the typical tourist trails; most importantly the multitude of national parks.

Perhaps my favorite thing to do in Estonia is to wild camp in one of its numerous national parks.

They have very lax wild camping laws there, at least compared to the UK!

In fact, in Estonia they encourage wild camping, and have a purpose built campsites for both tenting and caravans all across the country.

Perhaps my favourite being this spot here, located in the northernmost part of Estonia.

It was a fantastic spot to take in views out across the Gulf of Finland, and at night time …

One of my fondest memories from our time in Estonia was sitting out under the stars around the fire.

This is actively encouraged in the campsites across Estonia, just be sure to only do it in designated areas with a fire pit.

You’ll also find metal grills that anyone can use, which are perfect for roasting food over the fire late into the night.

In some cases, these grills are a bit damaged or worn, so you could always pick up your own from a local store and then use it wherever you go.

Or, the easiest thing to do is to get some extendable sausage cooking poles, like these!

5. Go hiking in their many national parks

When you’re done camping in them, you may as well go hiking!

Estonia is covered in national parks, each one criss-crossed with wonderful hiking trails.

For us, these hikes normally never amounted to anything more than an hour or two.

That being said, I did come across a booklet in Tallinn that talked about the walking trail that runs all the way from Tallinn to Riga, following the coastline almost the whole way.

Meaning there are places to camp and marked walking trails the whole way down.

I’ve been looking for a challenge since completing the Camino in 2018, so maybe this should be my next big walk ...

Estonia only gained independence from the Soviet Union in late 1991, and remnants of the Soviet occupation can be seen across Estonia.

With the KGB cell museums being perhaps some of the most striking and shocking places to learn about this part of the country’s history.

We came across KGB Cells in both Tartu and Tallinn, with the latter being the one we visited.

It doesn’t cost very much to enter and, though small, contains a number of stripes on the walls from those imprisoned there.

The cells remain as they once were and it’s quite a somber place to visit.

You can also check out the popular KGB Museum located in the top of Hotel Viru.

We weren’t able to visit as we (rather stupidly) didn’t realise that you need to book tickets in advance.

Here, you find one of the old headquarters of the KGB for a number of years, and much of it is still the same as it was back then.

You can check availability and book tickets here.

7. Discover the waterfalls outside Tallinn

On the way into Tallinn we decided to stop off at the Jagala Waterfall.

It’s a cool spot, though admittedly not as impressive as some of the waterfalls we’ve seen in The Philippines.

That being said, we’ve heard that if you visit in winter time, then these falls often freeze over, which would be really cool to see!

There are more falls, like Keila Waterfall, located just outside of Tallinn in the other direction which are also meant to be very nice.

If it’s cold outside and you’re wondering what to do in Estonia, then I recommend finding a cozy local restaurant and trying some of the local dishes!

This is exactly what we did in Tallinn, with a visit to Munga Kelder, a cool underground restaurant, a world away from the freezing cold temperatures upstairs!

I tried the Roasted Duck In Red Wine Sauce, whilst Cazzy went for the Cream Soup With Smoked Cheese and Garlic Bread.

In general, Tallinn is quite famed for its medieval inspired food, with Olde Hansa being an iconic and very popular place to eat in Tallinn.

I’d never heard of this before visiting Estonia, and ended up trying it in Tallinn.

It’s actually an Italian drink, made of a liqueur called Galliano L’Autentico.

It contains hot espresso coffee, a shot of this liqueur and cream on top; making for a strangely enjoyable yet burning taste that, at the least, does warm you up!

Like most European countries, Estonia has its fair share of castles, many dating back more than 700 hundred years!

Toompea Castle, in Tallinn, is one of the most visited, dating all the way back to the 13th century.

We also saw Sangaste Castle on our drive north, a neo-gothic castle well worth a visit.

There are plenty more castles across Estonia, and you can check them all out here.

11. Visit the rugged Gulf of Finland at Lahemaa National Park

Lahemaa National Park was one of my favourite parks in Estonia, located in the very far north, an hour or so drive east of Tallinn.

If you head right to the edge of the park, you find yourself facing the impressive Gulf of Finland, which was incredibly windy upon our visit.

As mentioned above, there are places to camp here; in fact at our campsite there was a large memorial area dedicated to the many thousands who died in WW2, when ships were evacuating citizens and soldiers from Tallinn.

Not far from that very spot is a massive ship graveyard, with the remains of both German and Allied ships lying on the seabed.

We’ve seen a lot of cathedrals in Europe, but the Alexander Nevsky Cathedral in Tallinn was quite unique to us.

It was built at the end of the 19th century in Russian style.

It stands as a reminder that Esstonia was, for much of the 19th and 20th centuries, under Russian/Soviet control.

Much of the original defensive walls around the city of Tallinn are still in tact.

In fact, there are multiple points where you can go up and walk along them, and venture up the turrets overlooking the city.

Entrance usually costs a few euros per person, and it’s a great way to get views of the rest of the city and snap a few photos.

As you can see there are tonnes of great things to do in Estonia, with this list barely scratching the surface!

We had less than a week to explore Estonia, and weren't able to even head to the coast.

I’m sure here you will find even more great places to see, and we definitely intend to return.

Have you been to Estonia and uncovered anything else to see or do?

Great! Let me know below so I can add it to my list of places to visit in Estonia.

Enjoyed this? Great! Here’s some more posts to help you plan your visit to Estonia: