Written By:
Cazzy Magennis
/
Last Updated:
December 9, 2018
City Break
Potosi is filled with character and charm, and it was our second stop in beautiful Bolivia, keeping reading below to find out what we got up to... 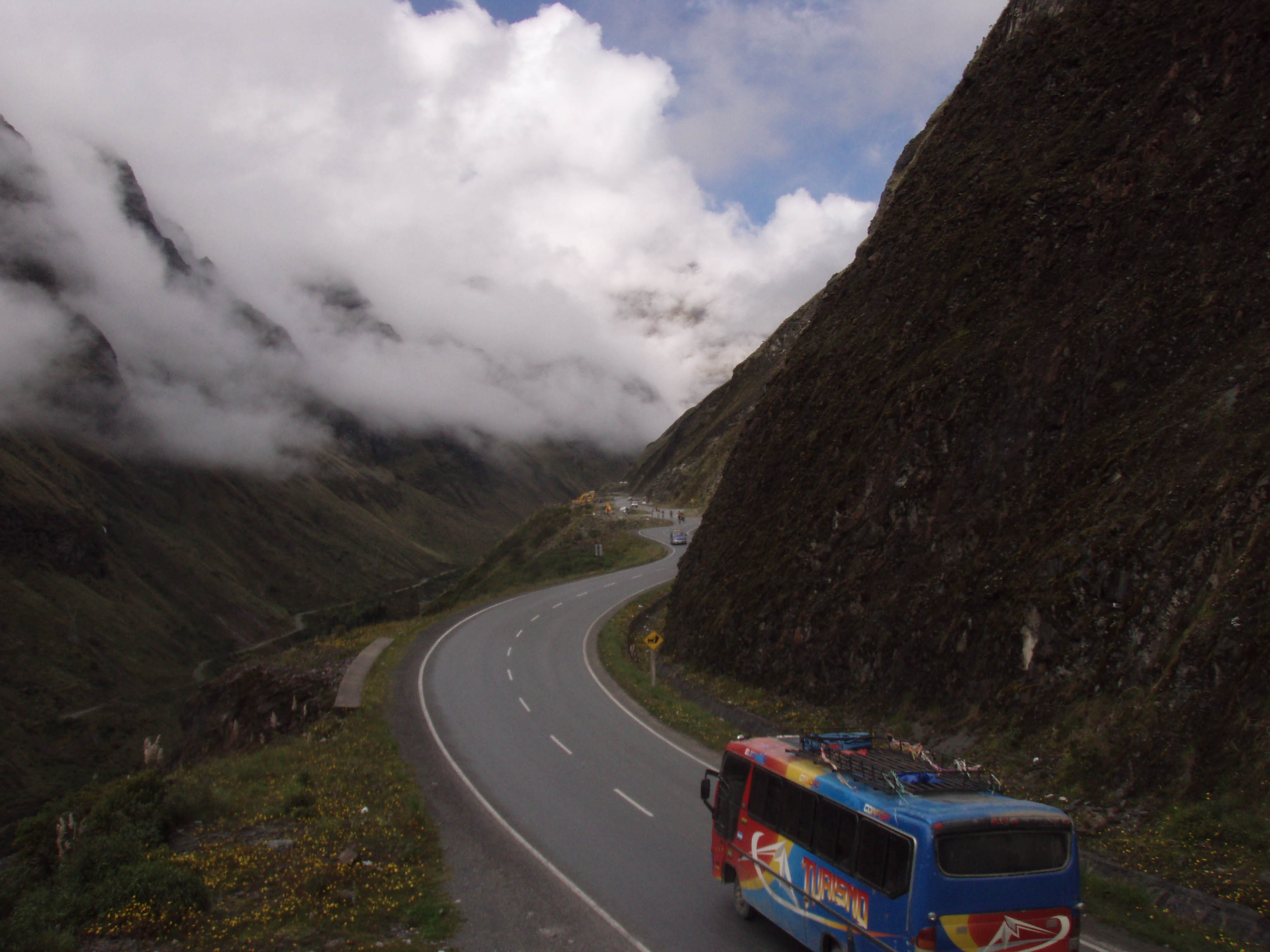 “Potosi, Postosi, Potosiiiii”....The voices of Bolivian
ladies everywhere shouting the name Postosi to get you on their bus.

We came from
Uyuani after visiting the Salt Flats and there is no shortage of buses, and at
a decent price too! We got a full cama bus for a 4 hour bus journey for around
£2-3 pounds...it made no sense to me, but I was not complaining! It’s quite a
pretty drive if you ignore the cliff drops :P

Now, because of the shear height, there is always the problem of altitude sickness- if you are prone to altitude sickness, then it’s probably best to work your way up to Potosí- so start in La Paz, or Sucre and reach Potosí slowly.

Thankfully, I never experienced any altitude sickness but I was fully prepared, had tablets at hand, received so many warnings and stories that I would feel extremely ill the first day and would need time to adjust, I stepped into the air expecting no air, took a few steps and I felt okay.

I thought surely I will start to feel unwell later, however, later came and nothing. To be fair, I did notice I got out of breath quickly walking up the many hills Potosi has, but apart from that, I was as fresh as a fiddle. But the majority of people I have read about online and spoke to, get altitude sickness, so I am going to count myself extremely lucky.

Moral of the story, be prepared!

What to do in Potosí?

Whether you will run out of things to do in Potosí
depends on what you like doing.

If you are a museum enthusiast then you are set,
there are plenty to look around, and you could spend a full day doing this.
However, it’s not really my thing, but I have heard there is a great tour of
the San Francisco church and it can only be done via guide. We seen quite a few
people at it, so I assume it is very popular! If you enjoy a beautiful church,
there are plenty to see, I would suggest
and seeing
which ones you come across!

If your Spanish is better than mine...then there is
a great cinema that does tickets for 20 Boliviano...around £2.50 for a cinema
ticket! Not a bad price and the popcorn smelled pretty great! This is useful if
you want to slide back into the Western world and have a taste of home.

There are a couple of amusement shops in Potosí
that are clearly aimed at the younger population, although it was filled with
young adults smoking, they had classic old school fighter games that worked out
1 Boliviano a game, so if you want to relive your childhood, then call in!

, but I
have heard they can be quite controversial and claustrophobic. I, focusing on
the second of those things, opted out of the tour, all the signs say,
. However, I have friends that have been on the tour and
enjoyed it, so if you can handle the small spaces, then it’s a great way to
experience the conditions these miners worked in!

Where to eat in Potosi?

It is super cheap to eat out in Bolivia....so when
in Bolivia,  eat out!  In all of South America, this is where you
afford to eat out on a backpacker’s budget! If you eat like a local you can get
a full size meal of meat, chips and rice for around 10 boliviano, or empanadas
for around 2-3 boliviano, and the most important thing...Bon a bon chocolates
(these are my drops of heaven) for around 1 Boliviano. If you fancy some
nachos, a burger, some pizza, these can all be found at a reasonable price
starting from 16-45 boliviano. No need to go hungry in Bolivia! We went to a cafe
recommended by our hostel, we asked for cheap, and we got cheap, but with a
lovely setting, yummy food, and such lovely staff!

There is a local supermarket that is well stocked
and reasonably priced & most hostels come with a kitchen (ours did,
although probably the worst stocked in all of South America). We stock up on
noodles as our go to food as something quick, cheap and easy.

If you like ice-cream, Potosí has a variety of ice-cream
stores, for super cheap prices! We got one for 4 boliviano each, and that was
three scoops of three different flavours!
Granted I have tasted
better ice-cream in the world, but for that price, it tasted perfectly fine!

What to drink in Potosi?

There are a variety of bars, but all of them are
dead. According to the locals, Bolivians like to drink alcohol at home. We were
here on Halloween and wanted a beverage after mixing with the locals in their
Halloween costumes whilst watching an awesome dance off in the centre of town-
but the one “sports” bar we found, had ran out of all alcohol apart from
beer...which I do not drink. (No alcohol on Halloween, why oh why!)

Many restaurants however serve cheap cocktails and
do a 2 -4-1 happy hour offer- and the super market sells all the types of
alcohol you could ever want- so buy your own and enjoy it in doors! Non-alcohol
wise, you have many Bolivian ladies selling fresh juice on stalls in the streets,
it’s warm out here, so treat yourself to a cheap refreshing drink. Soft drinks
are fairly cheap to buy on the streets at 5 boliviano, and the same price in
the supermarket!

Where to stay in Potosi?

You have plently of choice when it comes to
accommodation in Potosi, it all depends on your budget & style. Bradley and
I were keeping everything as cheap as possible, so we went for the cheapest
place we could find;

We stayed here for 2 nights and it cost us £23 for
both for a double room with shared bathroom. (Brad and I go for a double room
when it works out the same price as two dorm beds!) Bathrooms were clean, but
we struggled to get hot water & rooms were clean also. The internet wasn’t
reliable and the breakfast was poor, but it’s in a brilliant location! It has a
6.7 on booking.com & that’s the rating I gave it! One thing I did love was
that you can rent out the “cinema” room for 2 Bolivianos, and watch a movie and
they have English movies too. I forced brad to watch the “horror” movie ‘Orphan’
because it was Halloween. Needles to say he was not pleased! This place is good
for a one or two night stay as it won’t do you any harm and for 5.75 a night it
won’t leave you penniless either!

Bradley's friend stayed here and said the best thing about it was
they made you crepes for breakfast, included in the price. I would book it for
that alone. Crepes in South America, luxury!

After
a few days in Potosí, you won’t need more than 2/3 nights here, then its time
to move onto the capital of secure, or perhaps straight to La Paz, either way
you will usually have the option to book a bus through your hostel, but it’s
entirely up to you. Hop in a taxi to the new bus terminal (Taxi is cheap, and
uber is unfortunately not available :P ) We got the local bus to Secure which
only took around 2-3 hours and was cheap and cheerful!

So
if you ever find yourself doing the Bolivia backpacking scene, stop off in Potosí.
Its’ cute and quaint, and the people are wonderful, just like the rest of
Bolivia.