You Might Be Interested In ...
Up Next:
The 4 Best Things To Do In Rio De Janeiro {Brazil}

Exploring Vitoria...The Good, The Bad And The Ugly

Written By:
Cazzy Magennis
/
Last Updated:
February 5, 2019
Travel stories
Vitoria was a stop off point for us to break up the journey to Salvador, but even so, I had Googled there, and the place looked beautiful and interesting,. 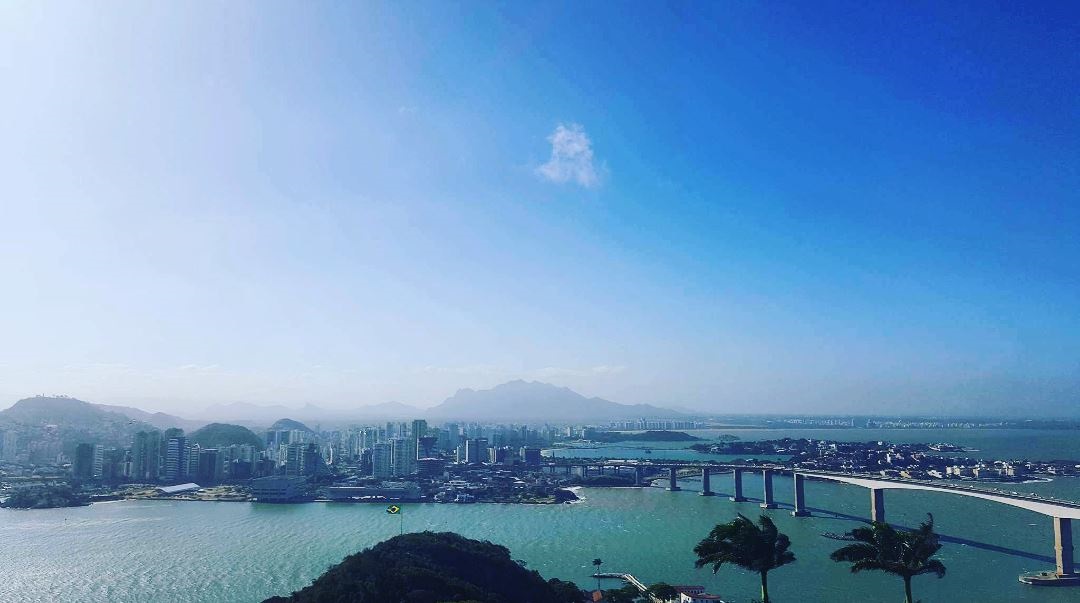 I was somewhat disappointed with Vitoria...I will tell you it looks nothing like the pictures, (not that I expect everything too) but it just lacked life, or that city feel. I can’t fault the people, lovely and always willing to help- and I did have some great experiences..So I will split my experience into three sections..

We chose a great hostel called “Guanaaní Hostel”. This is a vintage hostel, the guy who runs it is amazing, it was actually his parents home and he converted it into a hostel, it has great decor, a living room, clean conditions and a decent breakfast.  The location wasn’t too bad either. It wasn’t close to the beach, but it was technically in the city centre...but there isn’t much happening there anyway. But it did have something bad to it...which I will explain further down.

This is about a 15 minute bus ride away from Vitoria, and I liked it a lot better than Vitoria. It has a great beach..Actually it has 30 miles worth of beaches, but we only went to one. It has a great promenade with vendors, and restaurants, shops etc, and you will see lots of locals doing their daily walks or runs, or even exercise classes on the beach! It is also home to the first church ever founded in Brazil- which as a Christian, I was pretty interested in seeing. It’s a steep (really steep) walk up a hill, but the view is lovely once you get up there!

It’s free to walk up, or you can pay a small price to get a lift. Thankfully I managed to get up and down the hill hypo free- which is rare, usually I would hypo, but my type one diabetes was being nice to be that day! The town also has a brilliant shopping centre- its state of the art, and filled with great shops and amazing air con (hehe).

We treated ourselves to a “Blooming onion” at “The Outback” which was super yum. I enjoyed this town, as it was vibrant, and just seemed local, I didn’t feel out of place, I felt like I could be comfortable there, and enjoy my time.

The guy who ran our hostel was lovely enough to invite me and Bradley to a local Samba club! I have always wanted to try and Samba so was super psyched for this opportunity. He explained it was held in the “poor” side of town, so I was keen to get a sense of what that was for them.

I was not disappointed by Samba. It was held in what I can only describe as like a town hall but on the edge of water. The atmosphere was buzzing with all the fabulous ladies and men dancing the Samba perfectly. Turns out I'm not so good, but that didn’t stop me from dancing! We met lots of great interesting people, and it was so good to get stuck in with the locals.

The drinks were super cheap too which also helped!! Samba didn’t have a bad affect on my diabetes either, but I think the balance of alcohol and dancing worked out well- plus I ate before, which is always important to do if you are drinking with type 1 diabetes.

Vitoria in general just doesn’t have a lot to offer. Maybe this was because it was low season, but if we hadn’t of explored other towns, we would have run out of things to do in Vitoria after a day. The main beach in Vitoria too isn’t the most pleasant, but it does have a sit down area filled with bars and live music which gives a good atmosphere.

I think we came at the unfortunate winter season which resulted in wind, wind and more wind, or maybe I was just grumpy because diabetes was draining my energy after Rio. The town is currently experiencing a sewage problem with their system, which results in the hostel and a few streets smelling like sour eggs. It really wasn’t pleasant, but apparently it will be fixed soon!

We were robbed. This was a bit of a downer on the whole Vitoria and just made us want to leave. Bradley and I both had some money taken from our bags in the hostel. This was an unfortunate situation, and I lost less than Bradley, but felt even worse for him. Unfortunately the hotel didn’t have any idea who did it, and it made us realise that despite everyone being super nice to our face, it doesn’t mean they won’t take something from you when given the opportunity.

Overall, would I recommend a visit to Vitoria? Yes. If it’s on your way during a route, then there is no harm is stopping off for a few days to explore and just regroup. It does have its own chocolate factory available to visit, which I can imagine is super fun because once you are in there you can eat as much chocolate as you like!

In summer it becomes super popular, and its status as a tourist destination is rising every year, so maybe if I visited in the summer months I would have a slightly different view, but over all- I loved the people I met, the people of Vitoria are super friendly, and its good value for money!